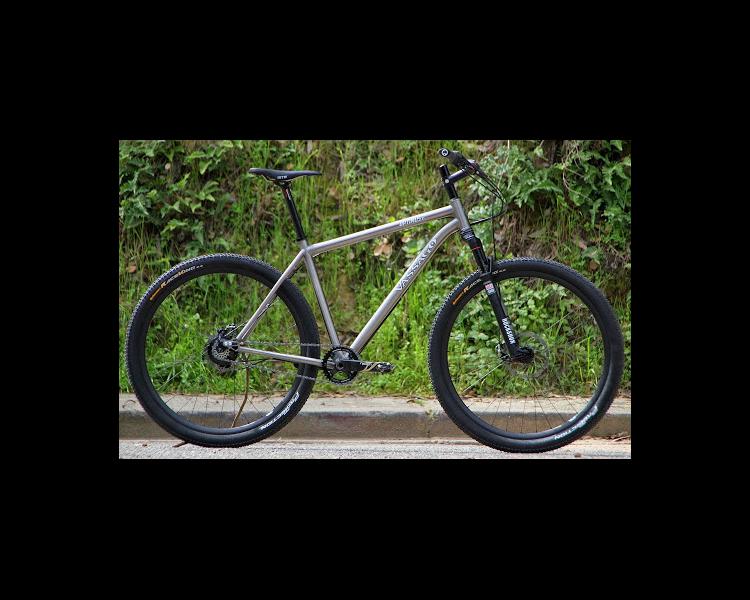 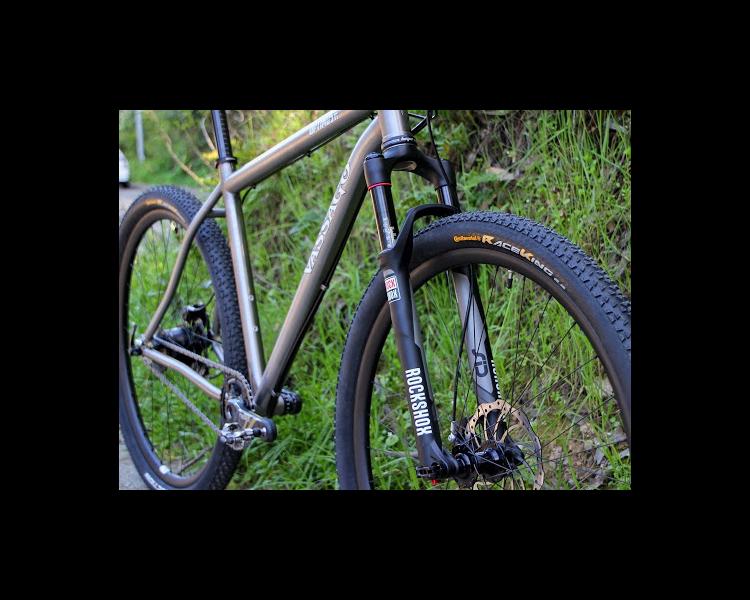 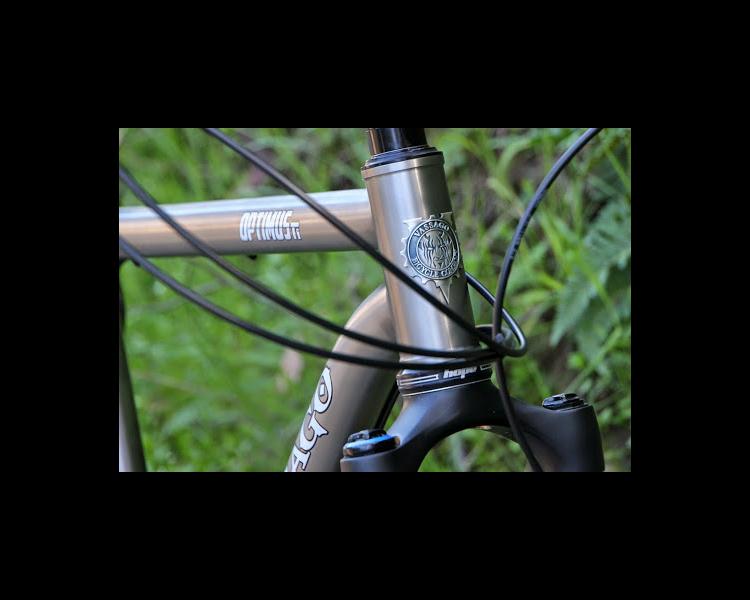 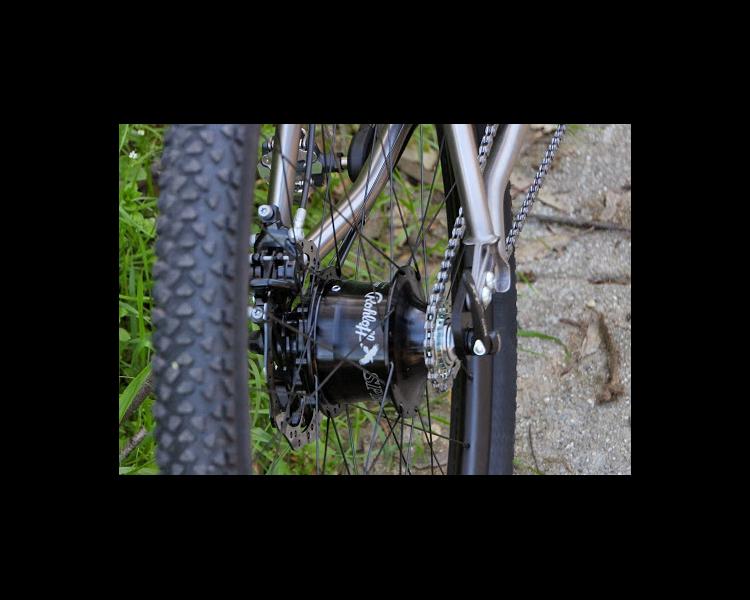 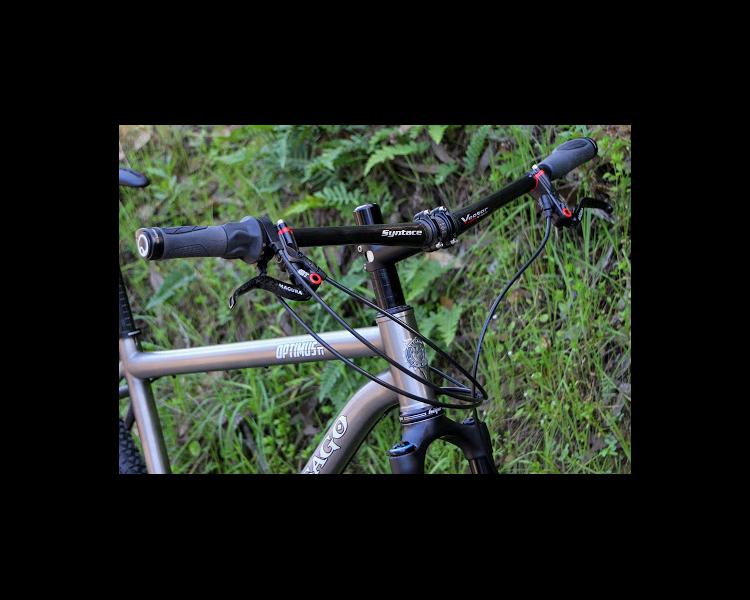 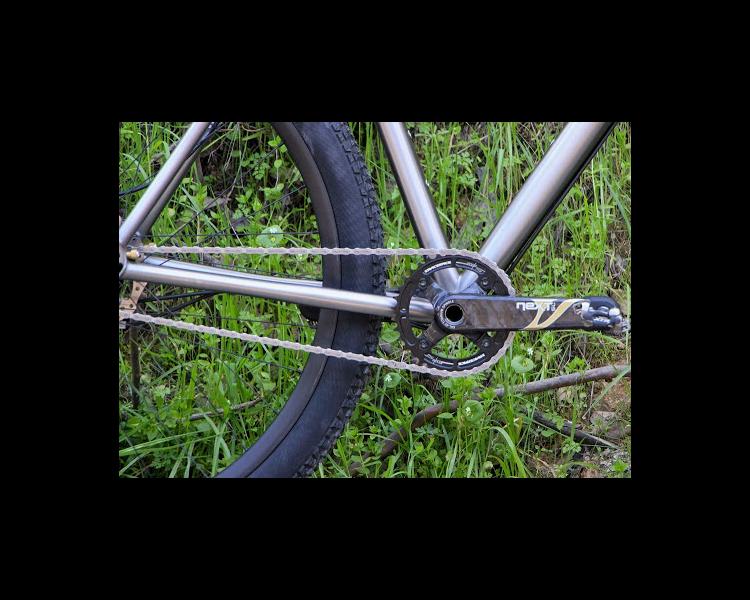 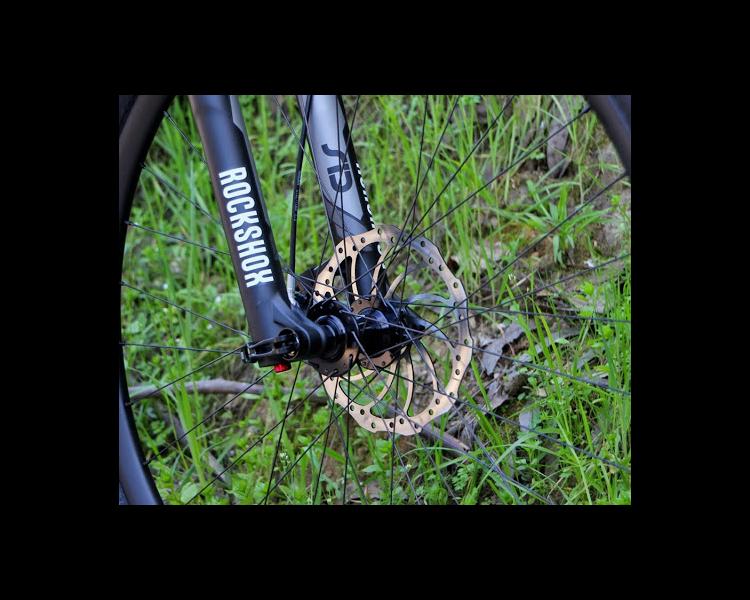 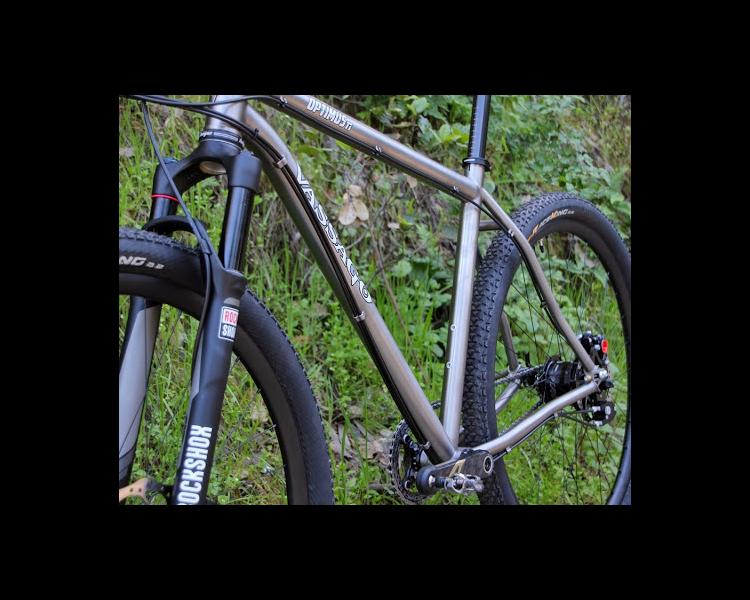 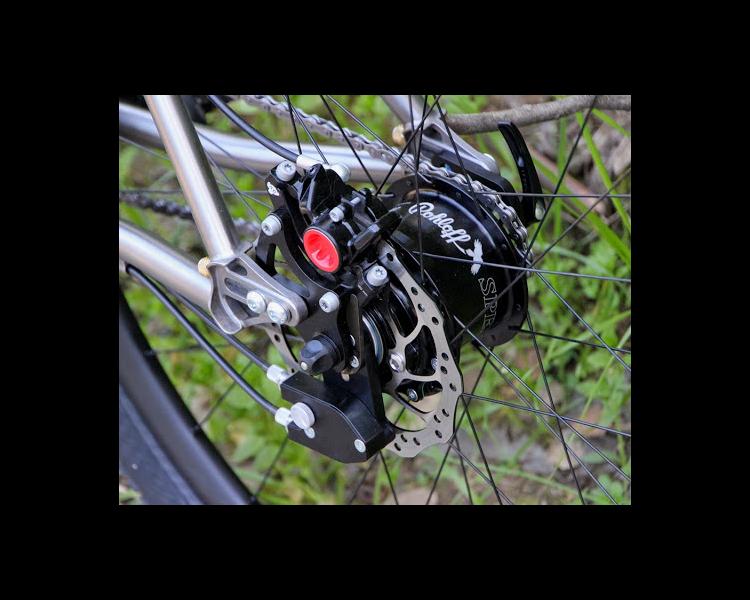 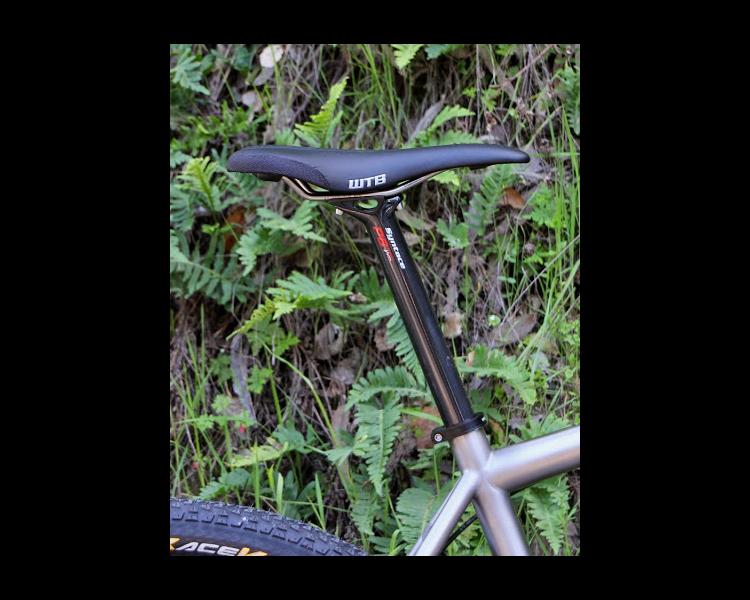 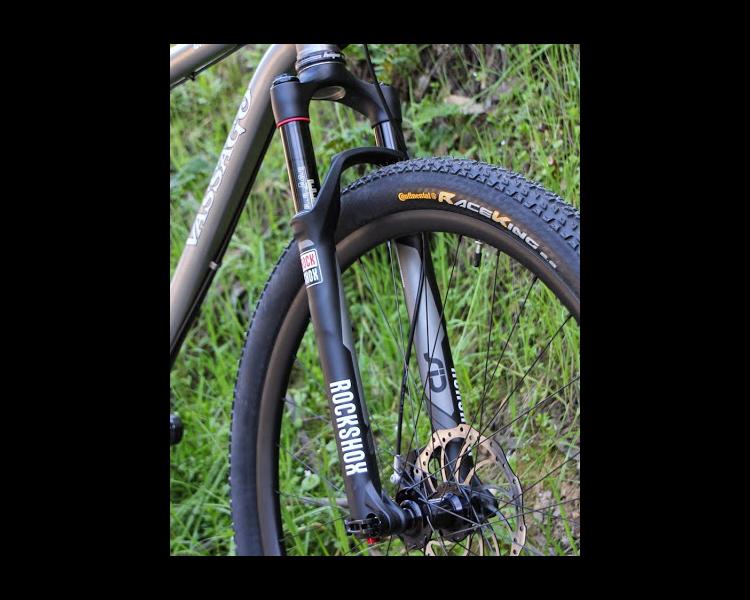 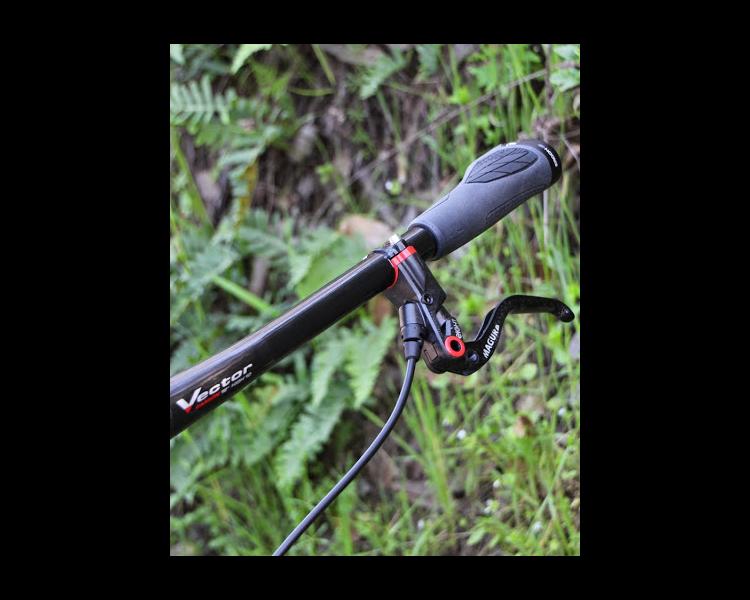 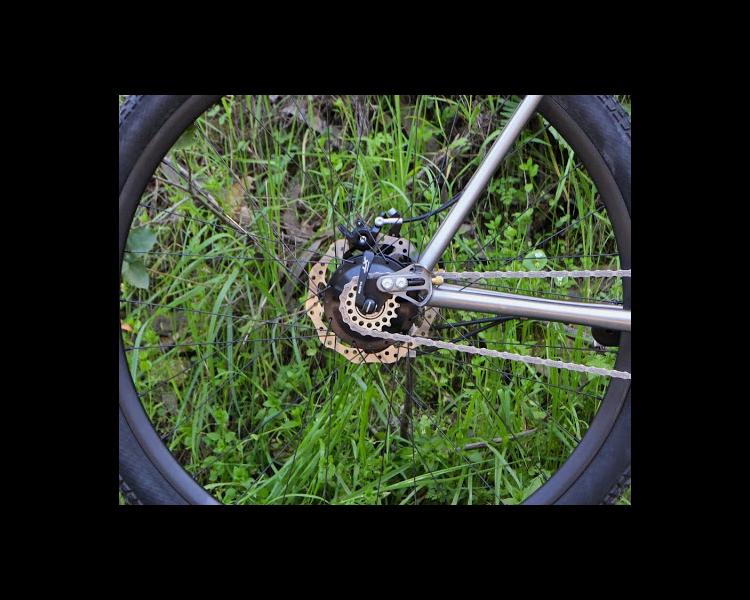 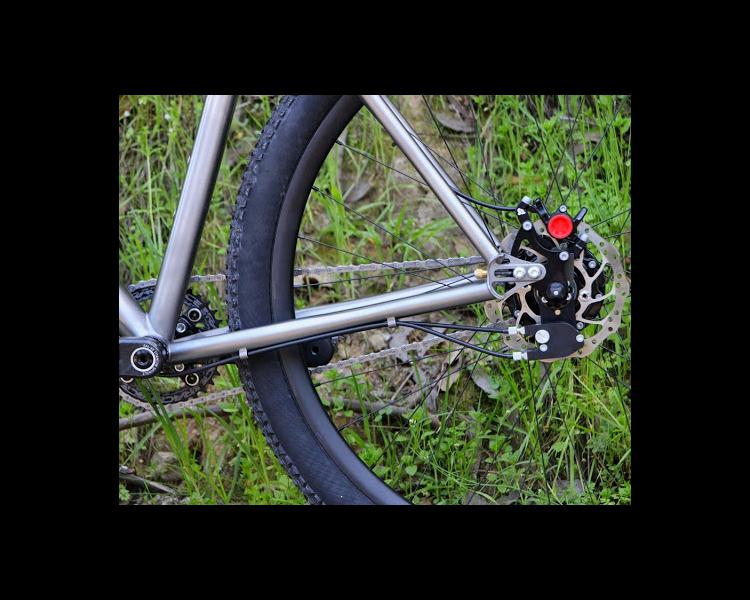 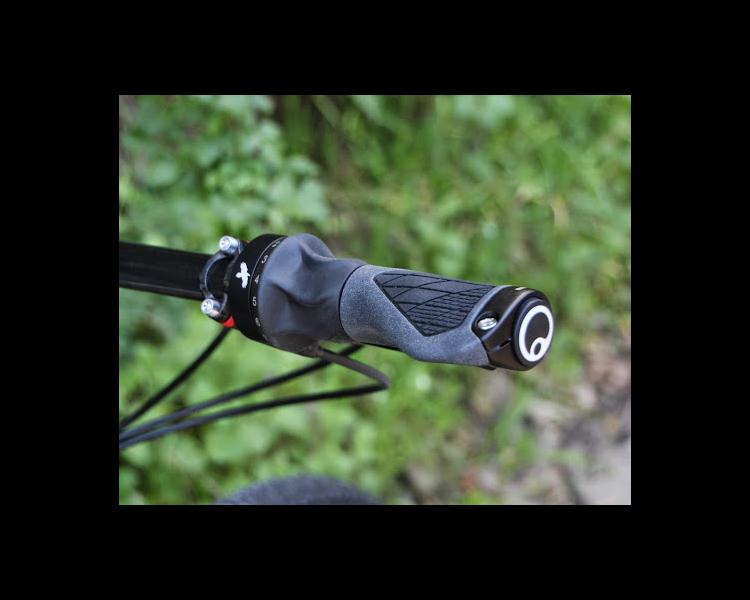 Racing for 72 hours straight through the jungles of South America on mere hours of sleep is not for the faint of heart. It’s also a task that not just any bike can handle, which is why the members of Team Odyssey Adventure Racing are big proponents of the Rohloff SPEEDHUB 500/14. Recently, more and more members of the Virginia-based race team have been exchanging their derailleur systems in favor of the SPEEDHUB because of its durable and low maintenance design. In the extreme conditions of adventure races, drivetrain issues can mean the difference between a winning effort and dropping out of the race. We built this titanium Vassago Optimus Ti for a Team Odyssey member to get him through his races comfortably and reliably.Adventure racing courses are designed to push racers to the limit, both mentally and physically. Race teams of two to five people ride, run, and raft through remote areas, competing against other groups to see who can collectively reach the finish line first. The courses can be hundreds of miles long, include no breaks or support stops, and take a weekend or as long as a week to finish. The backcountry terrain is often rough and obstacle-strewn, and on sections that are too muddy or eroded to ride racers push or carry their bikes for miles. Teams pack overnight gear but sleep just hours at a time to give them an advantage in the race against the clock. In these conditions an ultralight bike is desirable, but a malfunctioning bike is the last thing racers want to worry about.To meet the demands of this type of endurance racing, we built this bike with light weight and reliability as the top priorities. Our customer had ridden ultralight carbon fiber frames with high-end derailleurs in previous races, but had encountered frame failures and damaged derailleurs that led to shifting issues. After these problems he knew he needed a more durable race bike, and with two team mates already using SPEEDHUBs successfully the gear hub was an appealing option. Even though it would add some weight to the bike, it was much more important to have a drivetrain would shift in any condition and get him to the finish line.We selected the titanium Vassago frame because of its combination of lightweight, strength, and ride comfort. Vassago Cycles, based in Phoenix, Arizona, is one of a handful of frame builders making affordable titanium frames here in the United States. Their Optimus Ti model has fairly standard cross country racing geometry. Its titanium construction is more resilient than carbon fiber and has the vibration damping ride characteristics normally associated with steel. The frame comes stock with sliding dropouts to simplify chain tension and includes Vassago's optional Rohloff-specific cable routing.For the wheel build, we started with a pair of imported carbon fiber 29er rims. The carbon rims are noticeably lighter than most aluminum rims, yet much stronger and stiffer. Saving rotating weight vastly improves the acceleration of a bike and reduces the overall fatigue of the rider, which becomes increasingly important further into a race. We laced the rims to a black Hope Pro II EVO hub in the front and a black Rohloff SPEEDHUB in the rear. For spokes, we chose Sapim Laser spokes and aluminum nipples, which provide an appropriate blend of strength and light weight.The SPEEDHUB has developed a reputation among endurance riders, backcountry mountain bikers, and long-distance tourists as a worry-free drivetrain that won’t pose mechanical problems on the trail. In recent years, more adventure racers have been taking cues from other long distance riders in adopting the SPEEDHUB as their preferred drivetrain on their lightweight race bikes. During an adventure race that may take riders through rivers, thick vegetation, heavy mud, and rock-strewn trails, derailleurs hanging off the side of the bike are very likely to get damaged. The internally-protected shifting components of the SPEEDHUB are not. The SPEEDHUB is also the only internal gear hub with a gear range wide enough to tackle the steep climbs that are common in remote areas. It features 14 speeds and 526 percent gear range – the same as is found on many triple-chainring mountain bike derailleur systems.For the build kit, we selected a handful of other carbon parts to keep the bike’s weight down. Carbon handlebars, brake levers, seat post, and cranks were some of the largest areas of weight savings. At the cockpit, Syntace’s F109 stem holds Syntace Vector handlebars. On the handlebars, Ergon’s GS1 ergonomic grips have a palm rest that prevents hand numbness on long rides. Magura's MT8 brakes provide plenty of stopping power and are some of the lightest brakes on the market. WTB’s titanium-railed Silverado saddle sits on top of a Syntace P6 HiFlex seat post, which is designed to flex slightly and take the edge off harsh bumps. Race Face’s carbon Next SL cranks and a Rock Shox SID suspension fork complete the lightweight parts list.When the bike was finished and we took it for a test ride, we realized it is one of the lightest bikes we have built recently. It weighs in at 25.2 pounds in size large, yet still features a dependable frame and component list that can be put through the ringer during a tough endurance race. If you’re looking to get into adventure racing or value a light, durable bike, contact us to start talking about what we can put together for you!Build Details:• Frame: Vassago Optimus Ti• Fork: Rock Shox SID RLT 100mm travel• Headset: Hope• Stem: Syntace F109• Handlebar: Syntace Vector Carbon• Shifter: Rohloff• Grips: Ergon GS1• Seat post: Syntace P6• Saddle: WTB Silverado• Seat Clamp: Vassago• Front Hub: Hope Pro II EVO• Rear hub: Rohloff SPEEDHUB 500/14• Spokes: Sapim Laser• Nipples: Sapim Aluminum• Rims: Imported carbon 29”• Tires: Continental Race King• Cranks: Race Face Next SL• Pedals: Shimano XTR• Bottom Bracket: Race Face• Chain ring: Race Face Single• Rear Sprocket: Rohloff• Chain: Wipperman Connex 8sX• Brakes & Levers: Magura MT8• Rotors: Magura Storm