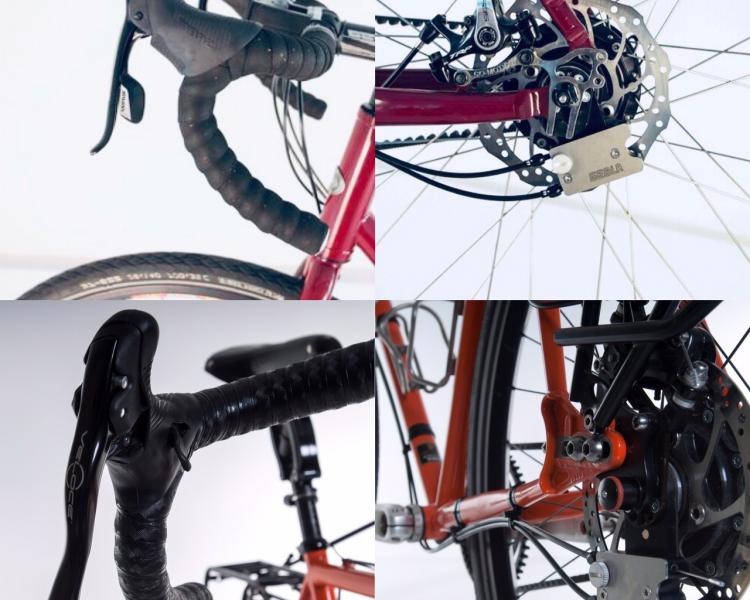 Gebla’s Rohbox allows for the use of SRAM or Campagnolo brake/shift levers (brifters) with the Rohloff SPEEDHUB 500/14 internal gear hub. While other alternatives integrate the twist shifter with drop handlebars, the Rohbox earns our recommendation for offering the comfortable ergonomics of modern brifters and fingertip shifting from a comfortable, stable hand position.

Installing the Gebla system is very straightforward. Gebla offers a helpful step-by-step guide complete with photos and text on their website. We also provide our own installation guide below.

Principles of the Rohbox system 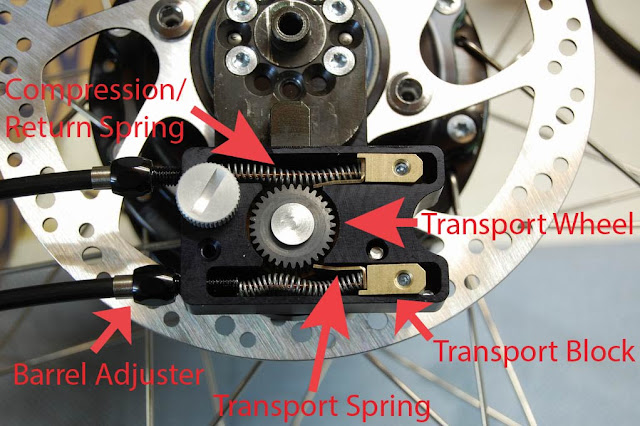 Basic installation steps for the Rohbox

The system should shift once these steps have been completed. To further fine tune the system, follow the tips and tricks below.

Note that a) this adjustment may change over time as the cable stretches/housing compresses and b) the lever throw will always be greater than shifting a derailleur system due to the differences in how the SPEEDHUB 500/14 works compared to a derailleur. If lever throw changes over time, simply adjust the barrel adjusters so that the transport spring barely clears the transport wheel again.

Cable Housing: Use derailleur/standard shifter housing, often referred to as compressionless or linear strand housing, with the Rohbox. This will ensure the crispest shifting feel and least amount of lever travel. The stock Rohloff cable housing is not recommended for use with the Rohbox. It has a spiral wind construction, which results in some compression/extension during each shift, which Rohloff finds to offer a more positive indexing feel with their twist shifter, but will result in undesirable sponginess when used with a Rohbox. 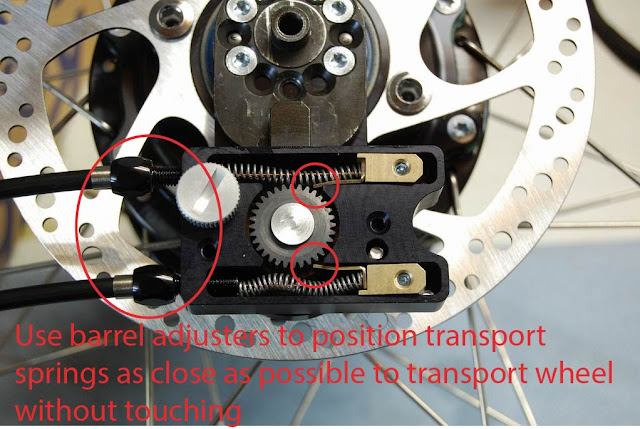 Cycle Monkey offers the Gebla Rohbox as both a stand-alone unit here, or in bundles with SRAM brifters here. Bundles offer a choice of SRAM RED, Rival, or Force brifters for post- or flat-mount, hydraulic or mechanical disc brakes.