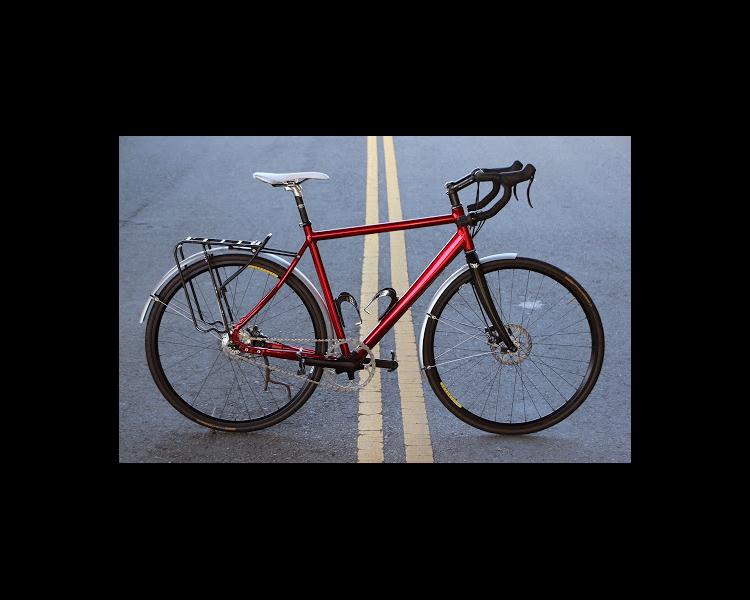 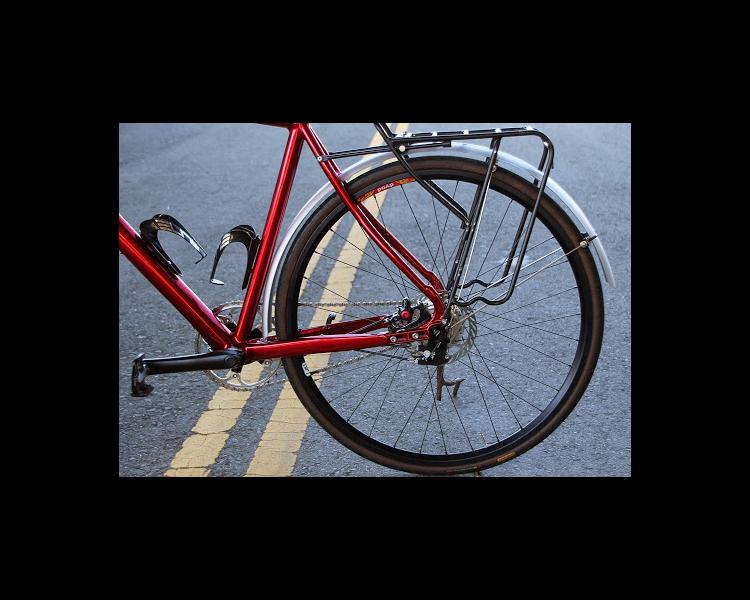 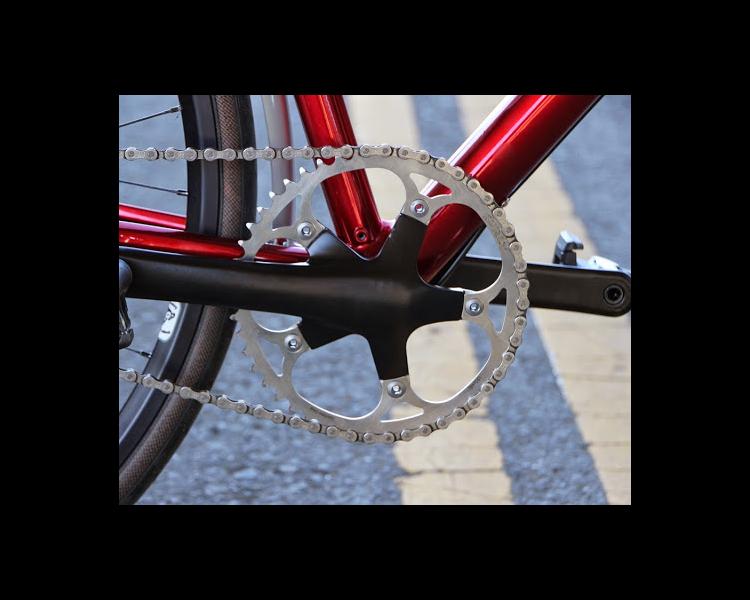 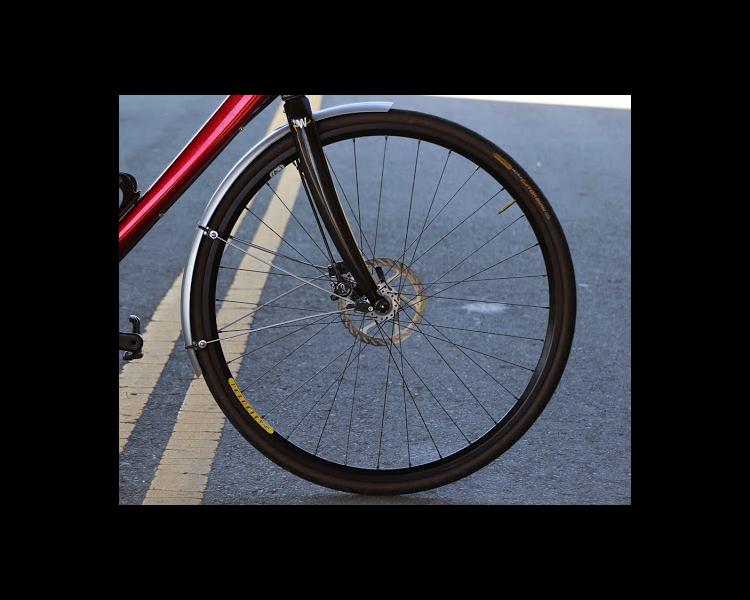 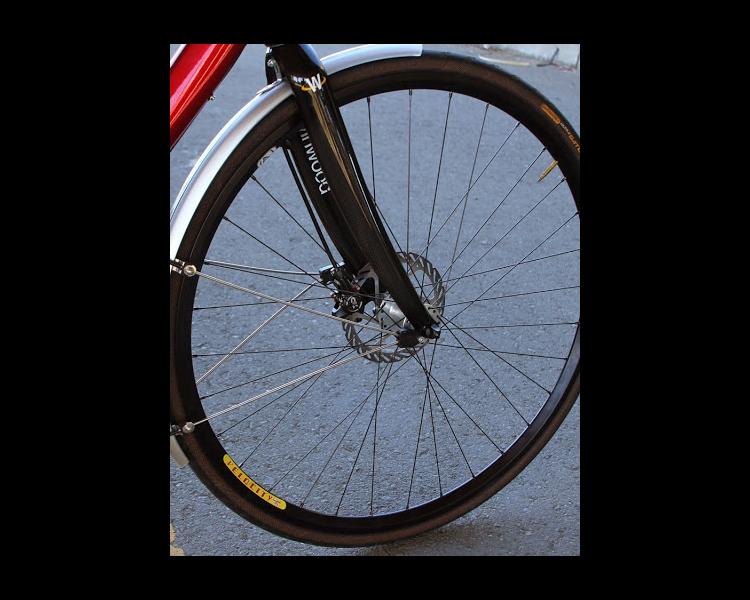 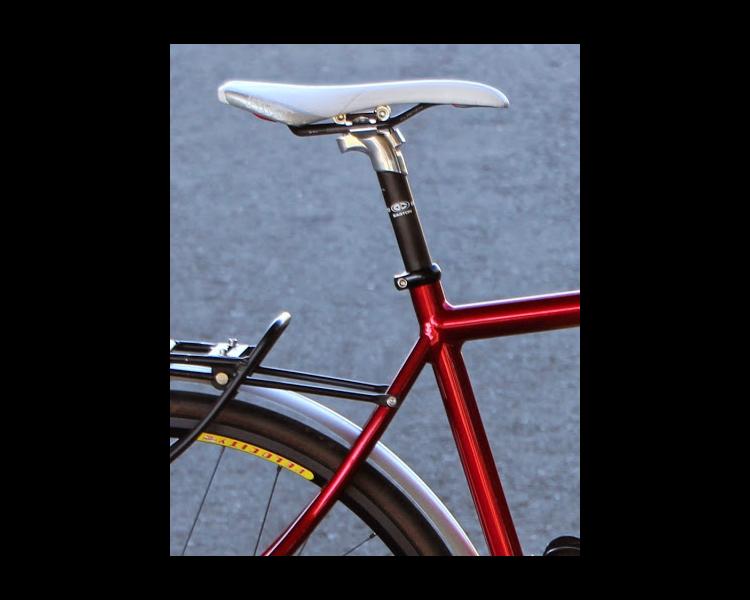 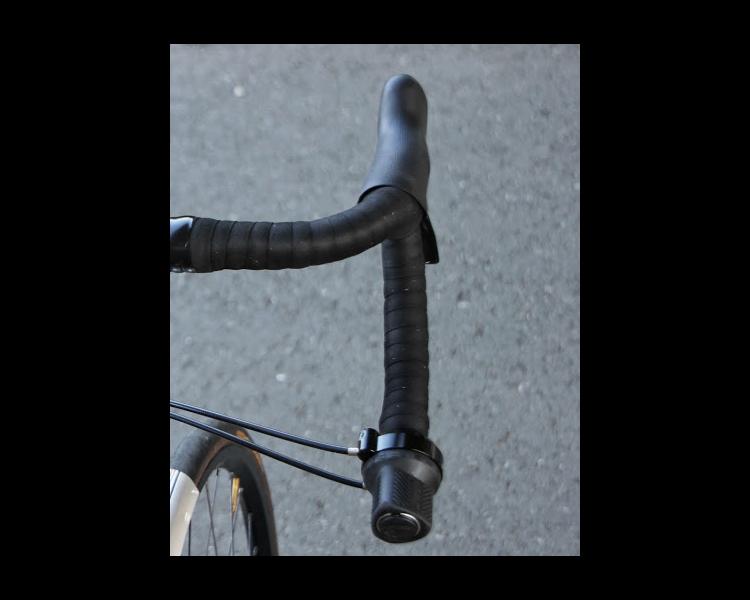 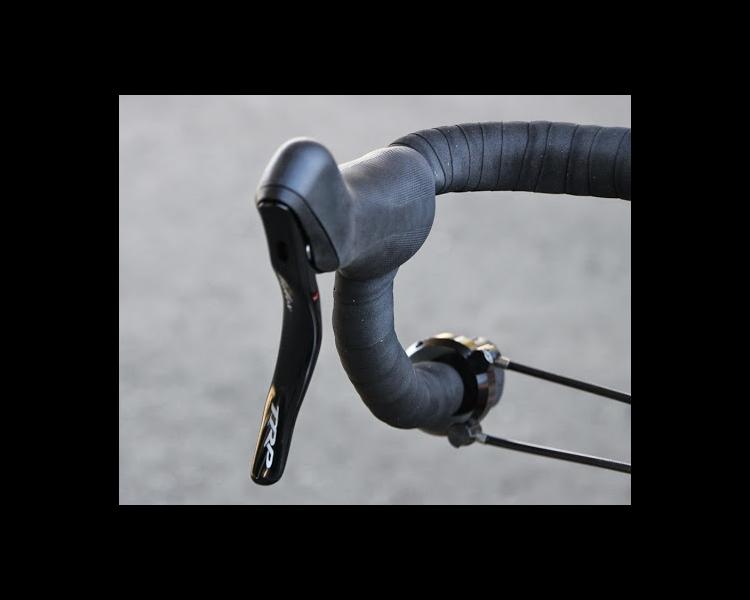 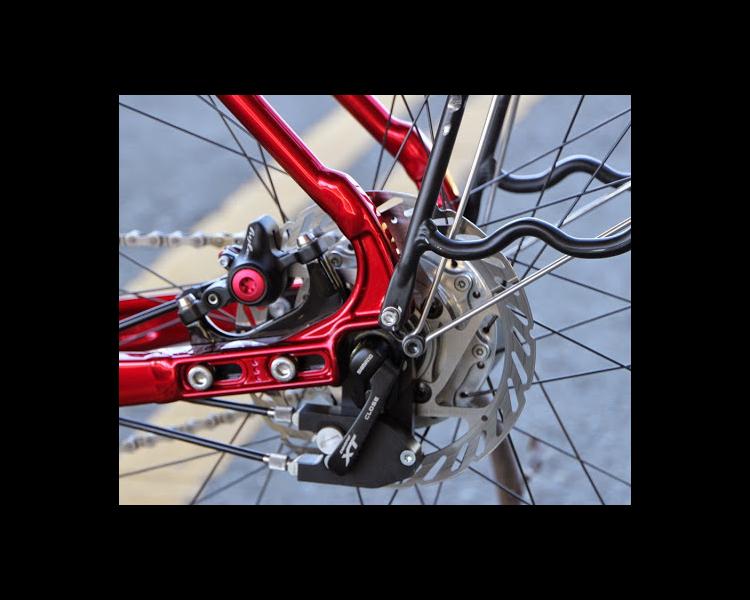 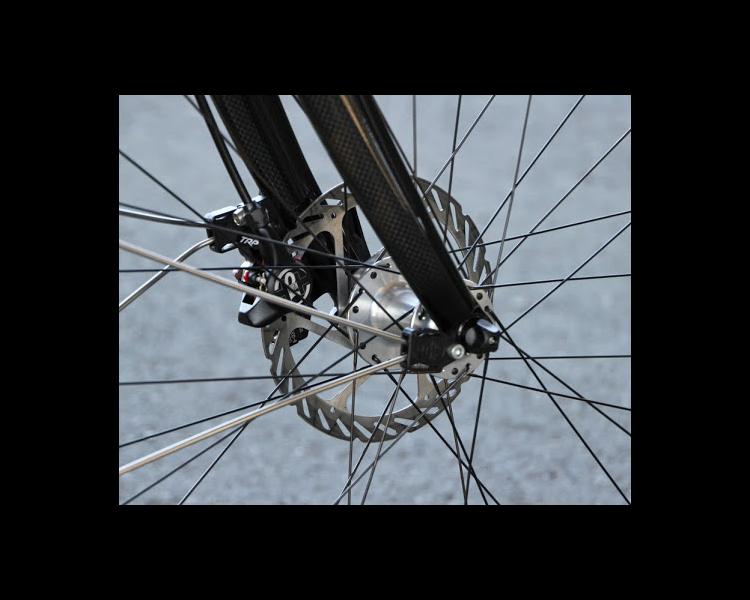 We showcase a lot of new Rohloff-equipped bikes on The Monkey Lab, but we also do Rohloff retrofits and refurbs on existing bikes from time to time. This Civia Hyland was originally built for a friend of ours for commuting and wet weather road rides. He has been thinking about replacing the frame but hasn't found something he likes better yet, so he decided to redo his existing bike to make it new and exciting again before taking off on a "credit card tour" down the California and Oregon coasts this summer. We outfitted the bike with a shiny new paint job, a brand new hydraulic disc brake system, a fresh wheel build, and a handful of other component upgrades.The frame is the now-discontinued Hyland model from Civia, which was originally conceived as a higher-end commuter with well-though out geometry and design details like the heavily manipulated tube shapes that hide brake and shift cables, including the cables for the Rohloff SPEEDHUB. It was one of our favorite off-the shelf commuter options for using a SPEEDHUB. Civia sold their complete bikes as flat bar commuters, but our friend prefers to use drop bars, which turns the bike into an ideal comfort-oriented road bike. Over the past several years, he has ridden the bike back and forth to work and on longer rides and likes the geometry and handling. Based on his time on the bike, he knew it would be able to comfortably handle his upcoming trip.The frame was originally a matte navy blue color with mostly silver parts and Avid BB7 mechanical disc brakes. Our friend decided to change the color to a flashier, hot rod-style paintjob in shiny candy apple red and swapped some of the silver parts for black, including powder coating the cranks. The mechanical disc brakes were also swapped for a hydraulic system from TRP for improved power, control, and lever feel.The original wheels had silver spokes and nipples, Velocity Deep V rims, Rohloff SPEEDHUB in the rear, and a Hayes by DT Swiss hub in the front. For the refurb, our customer decided that black rims and spokes would look better with the red paint job, so we rebuilt the wheels using the same hubs with a pair of Velocity’s Dyad rims and black spokes. The Dyads are wider than most road rims and are strong enough for moderately loaded touring. We finished off the wheels with Sapim Race spokes and brass nipples, and installed a pair of Continental’s flat-resistant Duraskin K tires to keep flats to a minimum. The resulting wheelset is well-suited for commuting, light touring, or comfortable road rides.The Rohloff SPEEDHUB has developed a reputation as the ideal drivetrain for touring or long distance riding. The 14 speed internal shift system uses very robust gearwheels that mesh together in different combinations to produce the varying gear ratios. The gear wheels are nearly impossible to break and do not wear down because they sit in a sealed oil bath within the hubshell. As a result, the SPEEDHUB is one of the most durable shift systems available, and favored by touring cyclists who may not cross paths with a mechanic or bike shop on their route. Tellingly, there are SPEEDHUBs from the original production run still on the road, having logged nearly 120,000 miles.Along with the changes, our friend maintained a few parts from the previous build. The full coverage fenders will keep him dry in the event of rain, and the rear rack will allow him to carry some gear. He plans to stay in motels each night on his tour, so he needs to have enough room to carry a few changes of clothes but doesn’t need room for much food or a full set of camping gear.When the build was complete, our friend said he was newly energized for his tour and now can’t wait to get out on the road. If you’re looking for a lightweight touring or commuting build with a nearly indestructible drivetrain, contact us to see what Rohloff-specific build we can put together for you.Build Details:• Frame: Civia Hyland• Fork: Winwood Muddy Disc Cross• Headset: Hope• Stem: Easton EA90• Handlebar: Easton EA70• Shifter: Rohloff• Grips: Black bartape• Seatpost: Easton • Saddle: Shimano PRO Turnix• Seat Clamp: Salsa Liplock• Front Hub: Hayes Elite by DT Swiss• Rear hub: Rohloff SPEEDHUB 500/14• Spokes: Sapim Race• Nipples: Sapim Brass• Rims: Velocity Dyad• Tires: Continental Gatorskin 700x28c• Cranks: Shimano Ultegra• Pedals: Look Keoblade Carbon• Bottom Bracket: Shimano Ultegra• Chain ring: Surly stainless steel 48t• Rear Sprocket: Rohloff• Chain: Rohloff SLT 99• Brakes & Levers: TRP Hylex• Rotors: Avid Cleansweep• Extras: Elite water bottle cages, rear rack, fenders